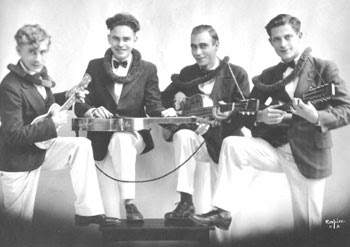 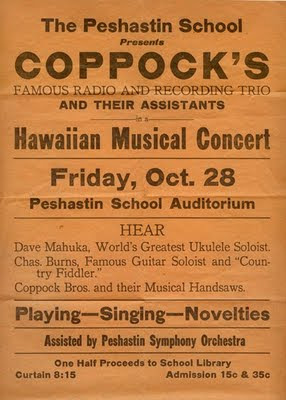 This rare old poster shows the local pride at having a couple of their own boys -- "Coppock's Famous Radio and Recording Trio" -- back for a visit: even the Peshastin Symphony Orchestra (!) lent a hand that night. And, as a special treat, the Coppock brothers entertained one & all with a few numbers played on their musical handsaws.
Newer Post Older Post Home