AMONG THE COUNTLESS FOLKS who caught the Hawaiian music bug in the early decades of the 20th Century was John W. Summers (1870-1937) who took up playing the ukulele. In his spare time he’d also graduated from the Kentucky School of Medicine in 1892 and then pursued postgraduate studies in New York, London, Berlin, and the University of Vienna, Austria. Then in 1908 he moved to Walla Walla where he practiced medicine and ran a farm. Meanwhile, the Hawaiian music craze took off locally during Seattle’s Alaska-Yukon-Pacific Exposition (AYPE) in 1909, when a number of prominent Hawaiian musicians performed there and continued touring the mainland. 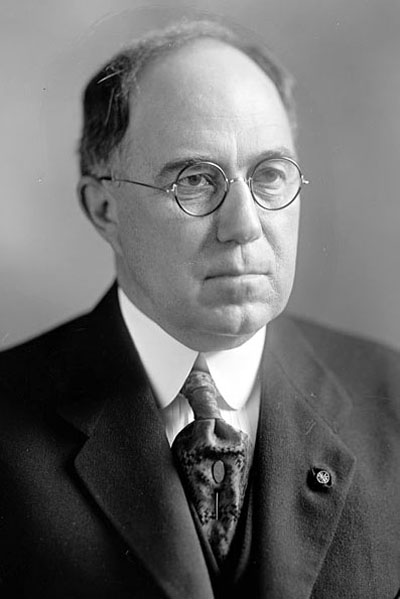 It was in 1917 that Summers was first elected to the State house of representatives. He proceeded to win additional elections and eventually moved up to serving in the U.S. Congress in Washington D.C. – which is where the tale of his beloved ukulele made news. In a March 12, 1925, column titled “Congressman Summers Bewails Lost Ukulele,” The Seattle Times reported that while “Representative Summers moved from his apartment … the ‘uke’ disappeared in transit.” A noted conservative Republican -- Summers was the author of a bill prohibiting the payment of salaries to District of Columbia teachers who taught ‘disrespect for the Holy Bible’ – he was livid over the theft. The news reporting continued in a playful manner: “It is the latest outrage upon Congress, and the Washington statesman has demanded of the District of Columbia police that they retrieve the instrument. … The owner has made strong diplomatic representations concerning the loss, conveying the intimation that it is a serious one. So far as known, Representative Summers is the only man in Congress who plays the ukulele. This talent heretofore has been concealed from his fellow members.” While it remains unknown whether or not D.C. detectives were ever able to track down the culprit -- or the missing instrument -- we do know that Summers failed to win his final few elections and returned home to his farm.  On August 19, 1937, Spokane’s Spokesman-Review reported that he had recently suffered a serious illness “but now is quite well and harvesting a big wheat crop.” But The New York Times followed up on September 27th with a Page 1 report that he “died at his home here last night at the age of 67.” Aloha.

AMONG THE EARLIEST KNOWN BANDS in Seattle were those led by Mr. H. Charles Legourgue (1875-????). A Frenchman who was an accomplished clarinetist, Legourgue seems to have arrived in town around 1909, when he performed as a soloist under Michael Kegrize and the Seattle Symphony Orchestra in a June 13th concert at the Auditorium on the grounds of the Alaska Yukon Pacific Exposition (AYPE) -- Seattle's first World's Fair. 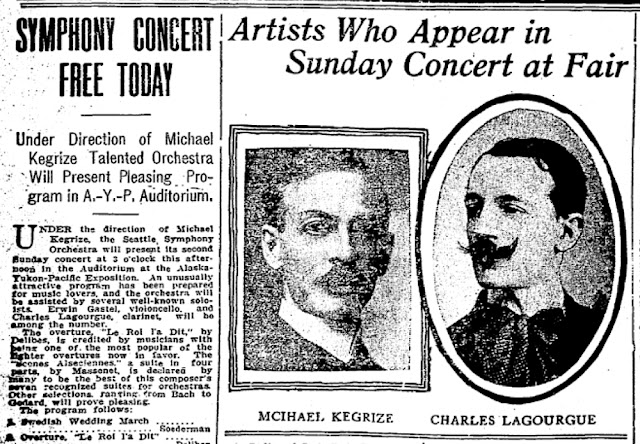 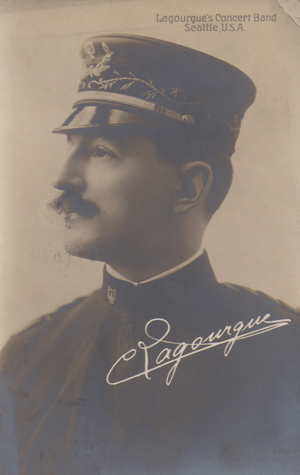 On July 31, 1916, the French Consul helped organize a reception at the Washington Annex in Legourgue's honor as he prepared to head off to Chicago where he was to open a music school on, as The Seattle Times noted, "the Paris Conservatory" model. "Later he plans to have a school in each large city of the United States. ... The Seattle school will be in charge of Ethel Murray."
Newer Posts Older Posts Home
Subscribe to: Posts (Atom)