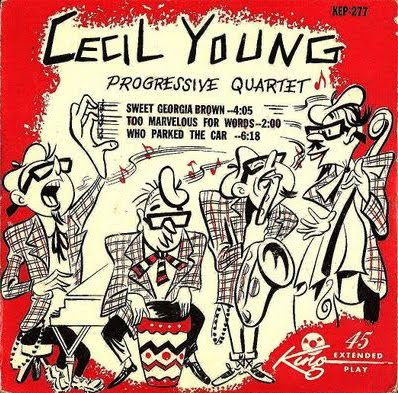 Young had already jammed in New York City reefer dens with bebop luminaries like Dizzy Gillespie & Charlie Parker before hitting the road. It was 1950 when his act broke up in Seattle after a final gig at the Palomar Theater (1300 Third Avenue). Young easily scored a gig at the New Chinatown nightclub (Sixth Avenue S. & South Main Street), after recruiting a new racially integrated combo that would include Traff Hubert (bass), & Jimmie Rodgers (drums). Perhaps Young's best find though was Gerald Brashear (tenor sax & bongos) who had already played with Ray Charles in his Seattle years (1948-1950) & with Billy Tolles – a wild saxman who would soon pioneer local rock 'n' roll.

It was on June 10, 1951, that the red-hot quartet performed at Seattle's Metropolitan Theatre (Fourth Avenue & University Street) for the Concert of Cool Jazz which was a fund-raising benefit show for Cerebral Palsy Fund – a gig that was luckily recorded, as was another show at the Ladies Music Club (807 E. Roy Street). The amateur audio engineer who captured the shows for posterity was Seattle's Ampex tape distributor, Bert Porter.

The theater event began with the combo's theme song, "Race Horse" & moved along to other standouts like "Who Parked The Car," which featured Brashear's bop vocals. Another tune, "Oooh-Diga-Gow," showcased his bongo skills – which later, in 1955, would earn Brashear the National Metronome Awards for conga & bongo drums. 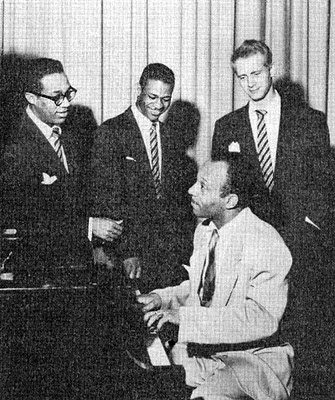 Upon its 1951 release, the Concert of Cool Jazz 10"sold quite well – the first Seattle-produced disc to catch outside ears since Ray Charles' 1949 Maxin Trio recordings had effectively launched his remarkable career. Indeed, sales of the the disc broke out in California (and then in France when issued there by Vogue Records) after America's ace jazz critic, San Francisco's Ralph Gleason, raved that "Who Parked the Car" was the best scat solo ever recorded. Even Nat King Cole described the tunes as "the swingiest bop I've ever heard." And with those accolades, the quartet's Seattle days were numbered: the nation's greatest talent bookers, the William Morris Agency, signed the band, a national tour commenced, & after a final show at New York's fabled jazz room, Birdland, the Cecil Young Quartet's members split the scene. Of the foursome, I know that Hubert returned to Seattle where we first met up nearly two decades ago -- & lemme tell you: he was still a very hip cat. 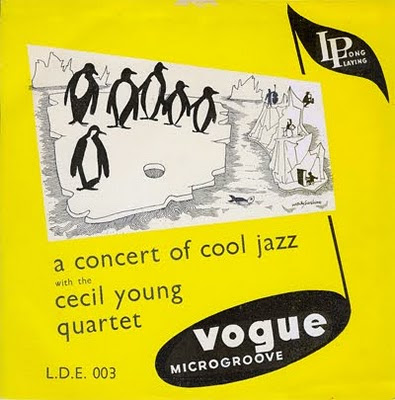