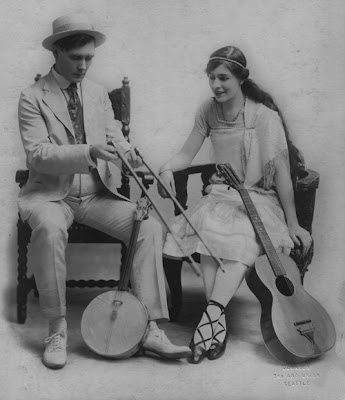 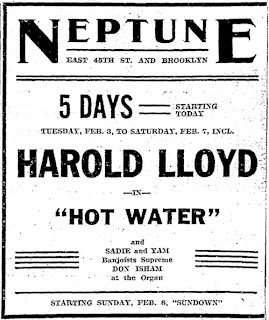 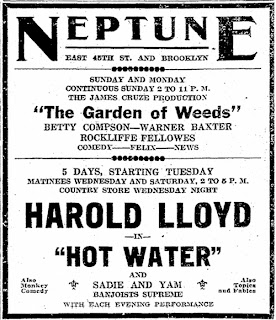 HAZEL CARROLL (1893-1983) was an extremely talented harpist who played in the early 1920s with the Seattle Symphony Orchestra. One of three daughters fathered by Seattle’s Charles Albert Bergstrom (1867?-1935), she eventually married Robert Ellsworth Carroll Jr. and while living in the University District (4205 Fifteenth Avenue NE), they bore a son, Gerald J. Carroll (who much later was captured as a POW in Germany during WWII). This image of the musician was taken at Fred Hartsook’s (1878-1930) photography studio in Seattle in 1925.

In November of that same year she left Seattle to take up advanced studies with the famed harpist Anna Louise David in New York City. While there she joined the New York Symphony – performing under Maestro Bruno Walters (1876-1962) – and at gigs including the esteemed Carnegie Hall and on nationwide tours. In the 1930s she became a member/officer of a social club, the Order of the Amaranth, which held their meetings at the Ballard Masonic Temple. In 1940 the Carrolls (715 Harrison Street) had a daughter, Paula, and in 1953 the family resettled in California, raised purebred Dalmatian dogs at their O’Carroll Kennels for a quarter century, and Carroll also got involved with the Petaluma Folk Dancers organization.

AT THIS LATE DATE in Pacific Northwest music history [May, 2013] nobody is very surprised when yet another musical talent scores a big hit record with a tune cut in a local studio. The Lumineers & Macklemore are merely among the most recent examples…

But it wasn’t always this way. At many points over the decades, local musicians sensed the need to depart to more mature music-biz capitals like Hollywood, New York, or Nashville to make their recordings. Sure, by the 1940s Seattle & Portland each had a few studios emerging – & by the 1950s and ‘60s some of them began producing the occasional hit record, & by the 1980s-‘90s Grunge Rock uprising some of our studios & engineers even forged a powerful aural aesthetic that wowed the world.

But, way-back-when – at the very dawn of the recording industry – the Northwest had no sound studios whatsoever. So, it was pretty big news when one of the town’s top dance-bands did get a chance to cut a disc that would be released by a major label. That band was the Hotel Butler Orchestra, as led by the irrepressible Victor “Vic” Meyers (1897-1991). 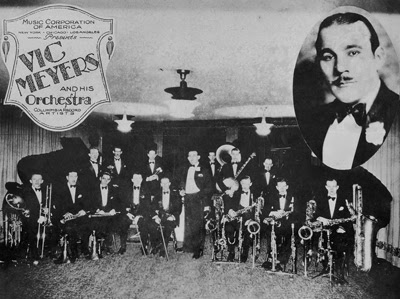 The band had been attracting Seattle’s collegiate dance crowd to their perch at the hotel’s Rose Room (at Second Avenue & James Street). This was at about the midpoint of the Prohibition Era (1916-1933) and the Rose Room was one of the most prominent / infamous speakeasies in Seattle – a place where guys in raccoon coats & their flapper dates danced the foxtrot, & sipped illegal booze well into the wee small hours. But the place was hardly a secret: Seattle’s social/political elite also reportedly enjoyed attending – & Meyers would famously tip everyone off to impending liquor raids by signaling his band to stop playing whatever song they were on & instead shift to the refrain of “How Dry I Am” while all the evidence was poured down kitchen drains. But even though these periodic raids were occasionally successful (with as many as 150 attendees hauled off to jail on one particular night), it took many years for the clampdown to have any real effect.

Meanwhile, it was at the Rose Room where a visiting field agent from the big-time Brunswick record company discovered Meyers’ band one night. It seems he liked what he heard & signed them to a recording contract. Then, it was on June 13, 1923, when The Seattle Daily Times noted that the orchestra “will soon make phonograph records for the Brunswick Company” – & sure enough, that summer a mobile recording crew rolled into town on their first-ever West Coast field trip & set up their gear (valued at a reported $18,000) in the room. 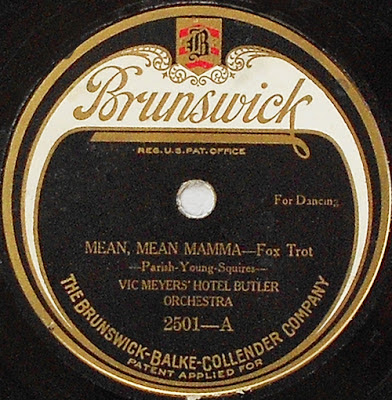 In essence, that Brunswick team proceeded to conduct, on August 21, 1923, what would be the very first professional recording session in Seattle’s history. And the result was the band’s debut single, “Mean Mean Mamma” / “Shake It and Break It” [Brunswick 2501] – the first of many discs they would record for Brunswick & various other labels over subsequent years. 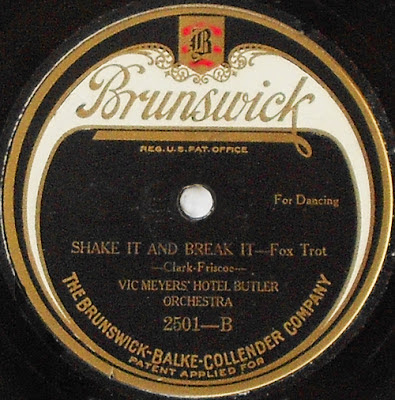 For their part, Brunswick promoted the tunes with the typically rosy prose of that era, touting in a sales brochure that: “Meyers and his syncopaters have a distinctive style. The melodies that they develop have a characteristic swing that is most compelling. You will delight at the versatility, harmony, precision and delightful novelties portrayed by this splendid orchestra.”

People were delighted and Meyers & band went on to cut additional toe-tappers for Brunswick, including: “Helen Gone,” “Springtime Rag,” “Heartbroken,” “Burmalone,” “Beets And Turnips,” “Weary Blues,” “Tell Me What To Do,” “Mean Looks,” No Wonder,” & “The Only Only One.”